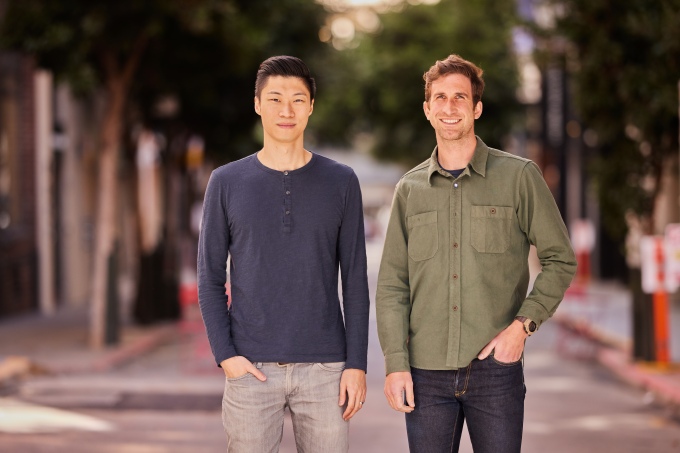 The pandemic ushered in the popularity of shared workspaces, known as cloud kitchens or ghost kitchens, for restaurants to cook meals exclusively for delivery.

But for small, independent restaurants that couldn’t afford the upfront costs for expansion, Uber Eats alums Ken Chong and Matt Sawchuk came up with another approach. They founded All Day Kitchens in 2018 to partner with restaurants to share their food across a city through use of a network of satellite kitchens, without having to put up any upfront costs.

With their model, distributed kitchens are situated in residential and business areas, closer to customers. When a new restaurant is onboarded to the platform, their food goes to all locations, which streamlines how restaurants expand in large geographies and delivery zones, CEO Chong told TechCrunch. The model also enables the ability for customers to order from multiple restaurants in one order and it will all be delivered together. “Consumer preference was spoken for pre-COVID and the entire restaurant world was not going to be the right model for how digital demand was to be filled,” he added. “We set out to build a turn key solution for restaurants for which warehouse ghost kitchens were not working for them. Instead, we built a platform for micro-fulfillment so they could expand their reach.”

On Friday, the food tech and logistics company announced a $65 million Series C round of financing co-led by Lightspeed Venture Partners and GIC to fund expansion into new markets, R&D and hiring. Existing investors Andreessen Horowitz, Founders Fund, Khosla Ventures and Base10 also participated in the round along with new investors, including Tishman Speyer, Lime CEO Wayne Ting and Forward co-founders Adrian Aoun and Ilya Abyzov.

The new investment brings All Day Kitchens’ total funding to date to $102.5 million. It is the latest company in the ghost kitchen space to receive funding in a hot industry that includes Muy, JustKitchen and even robotic kitchens like YPC.

The company doubled the number of satellite kitchens in its network this year and now operates more than 15 locations throughout the Bay Area and Chicago, with new markets expected to go into Texas and Southern California next year, Chong said. It is also hiring at its headquarters in San Francisco and as it opens the new markets.

Though the global pandemic was a tough environment for its restaurant partners, All Day Kitchens saw the number of partners joining the platform grow by four times over the past year. It is working with brands like Honey Butter Fried Chicken, Mott St and HaiSous. It’s revenue has also increased 18 times over the past 18 months.

“The part that we honestly found impressive and rewarding is that the misconception is that restaurants are late adopters,” Chong said. “Similar to Uber, it is really that no one was building something like this for them. A lot of the apps out there are for consumers, and that is why restaurants are our focus. The restaurant partners we work with are always looking to improve.”

In the heated cloud kitchens race, Kitchen United aims to kill with kindness; here’s its playbook

As part of the investment, Alex Taussig, partner at Lightspeed, is joining the company’s board as a director and GIC’s Jeremy Kranz is joining as a board observer.

Taussig met Chong over a year ago and said Lightspeed has made a number of investments in the food and commerce space over the past decade. One of the areas Taussig was looking into was ways to solve the demand for delivery. He recalls looking at different startups and models and was “underwhelmed” by the warehouse models.

In talking to Chong about All Day Kitchens, Taussig saw something different: a model where the focus was getting the food closer to the customer. It not only correlated with the quality of food, but also delivery times so that items weren’t sitting in someone’s car for an hour. As a result, there would be higher utilization of the platform, he said.

“I was blown away by that insight and spent a year watching Ken build the company,” Taussig added. “The Chicago launch was also a big deal because most companies start in the Bay Area. This market size is measured in billions and is almost limitless and faster growing on the independent side. It is going to be hard for another company to come in and do what All Day Kitchens is already doing.”