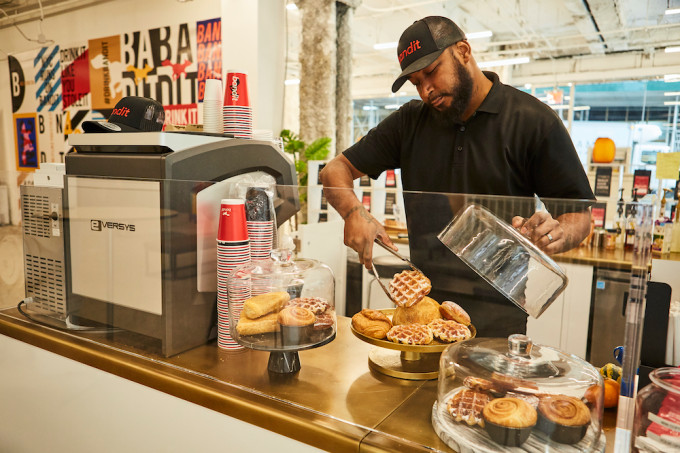 If you wander into the Bandit coffee shop in Midtown New York, you won’t be able to just walk up to the counter and order something. Instead, you’ll need to download a mobile app.

I experienced it for myself yesterday afternoon, when I — along with several other customers — pulled out my phone, downloaded the Bandit app, then used the app to create a profile, order and pay. A couple of minutes later, a barista called me up to the counter and handed me a pretty good cup of coffee.

In other words, while Starbucks has been experimenting with mobile ordering and payment, Bandit is betting entirely on what co-founder and CEO Max Crowley called a “mobile-only” store.

Obviously, this model can lead to some initial awkwardness, particularly if random passersby don’t understand it. But there are friendly Bandit staff members on-hand to help, and Crowley (who was previously the general manager of Uber for Business) said that this model offers an opportunity to create “a whole new type of experience.”

He pointed to the rapid growth of China’s Luckin Coffee as an inspiration, and suggested that, ultimately, Bandit should offer customers the most convenient way to satisfy their coffee cravings: Wherever they are, they open the app and order the drink they want. Then they’ll be told when it will be ready, and where to pick it up.

Bandit can’t deliver that level of convenience for most customers quite yet, as it only has a single location. But Crowley said he’s rethought other aspects of the coffee shop model. 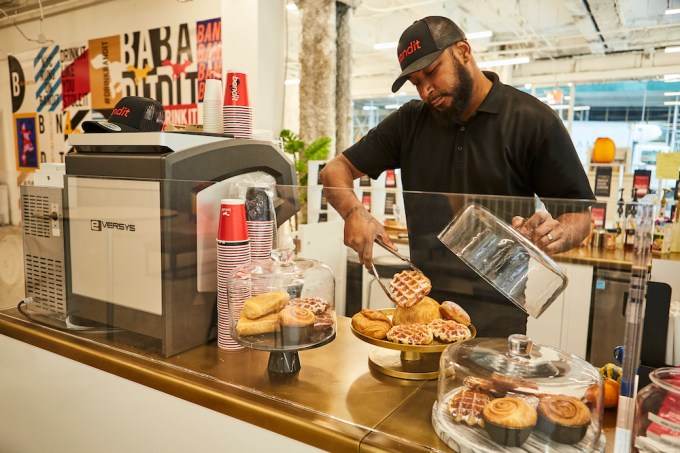 For one thing, this first Bandit store is located in what’s essentially a raw retail space. Crowley said his team has developed an 11’x11′ countertop where all the coffee is prepared — it’s assembled elsewhere and just needs to be plugged in, eliminating the need for an extensive buildout.

“We can launch [a new location] in a few hours, and we can do it at about a tenth the cost of a traditional store,” he said.

So the plan is to launch four or five more New York stores in the coming months, and to expand beyond New York by the end of the first quarter of 2020.

Crowley added that by keeping costs down, Bandit can also keep its coffee affordable: “I don’t think an iced latte needs to be $6 or $7. Our goal is to be less expensive than Starbucks.” (My coffee yesterday, for example, cost me $2.) It’s also experimenting with other pricing models, starting with a $20 subscription that gets you an unlimited number of $1 drinks for a month.

And if this phone and pop up-focused mentality sounds a little transactional — maybe even a little soulless — I will note that the actual coffee shop didn’t feel that way at all. While the space was a bit bare, it was eye-catching, with several large games like cornhole set up for customers. Most importantly, people weren’t just rushing in to pick up their coffee — they were actually hanging out.

“When we did some rudimentary scouting of coffee shop locations, we saw that about 80% of customers are grabbing their coffee and leaving,” Crowley said. “That is definitely core to us, making it super easy to grab it and leave, fulfilling drink orders in less than a minute. All of that said, in the future, we’re going to have this portfolio of different kinds of spaces, different kinds of experiences.”

Bottomless has a solution for lazy coffee addicts