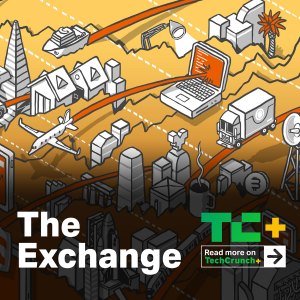 It may feel like it’s been a few years since OpenSea announced the funding round that pushed its valuation to the $13 billion mark. It was January.

At the time, this column dug into the company’s financial performance and came to a number of conclusions, primarily that the company was generating a lot of revenue. That meant OpenSea appeared somewhat inexpensive at its $13 billion price tag when stacked up against the revenue multiples other unicorns were getting in new, aggressive venture capital rounds.

TechCrunch+ is having an Independence Day sale! Save 50% on an annual subscription here.
(More on TechCrunch+ here if you need it!)

But we were also cautious, noting that Coinbase’s revenue multiple was more conservative than OpenSea’s, which gave us pause due to the well-known crypto exchange’s history of growth and profitability.

We summed it up as follows:

It appears that the new OpenSea valuation is cheap compared to recent fundamentals, but a little expensive when we consider how much its market booms and busts. NFTs had several cycles of interest last year alone. NFTs are a hectic space, and the rules of engagement have very much not been sorted out. Even more, Coinbase is getting into the NFT game and OpenSea is now likely too expensive for the crypto trading shop to buy. So, it’s going to be a gloves-on year for the two.

That wound up being correct much sooner than we expected. So let’s collect recent OpenSea market data, execute our usual round of valuation math, and then compare where the NFT marketplace’s valuation now sits compared to both its own financial performance and publicly traded comparables.

The last time we looked at OpenSea, we came away a bit more impressed than we expected to. Let’s see if that happens again.

If you read TechCrunch+ regularly, you may have seen two looks at the NFT market on our pages in recent weeks. In early June, we argued that the market was indeed slumping, and, based on the data available at the time, we were comfortably confident about it.