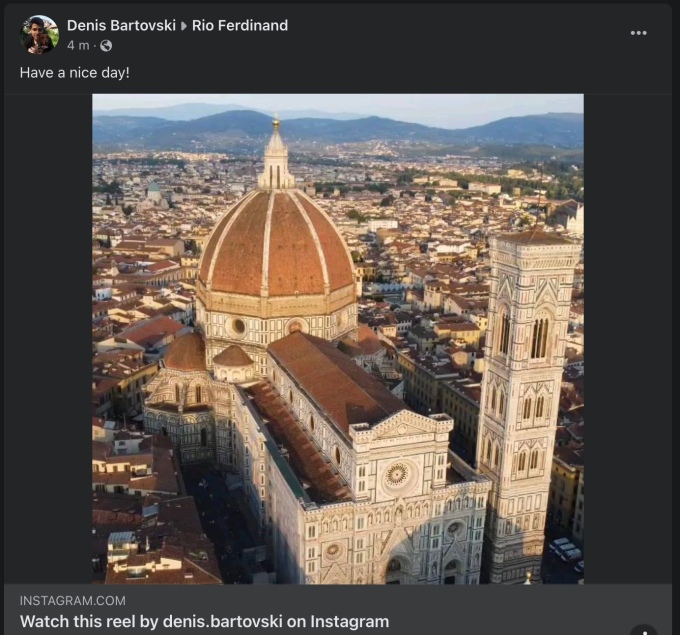 Facebook said Wednesday that it’s aware that some users are seeing bizarre posts on their feeds and assured it’s working to resolve the issue. Numerous users from around the globe have been complaining for over three hours about seeing random posts and activity tickers to celebrities’ pages from strangers on their timelines.

These posts are taking over users’ main feed (including Ivan’s) and suppressing the usual stream of images, videos and other stories shared by friends. The existence of the bug, the first of its kind in memory, means that if any stranger posts to — or engages with — a celebrity’s page that you’ve liked, those posts and activities are likely to make an appearance on your feed.

Several users also reported facing outage issue with Facebook on Wednesday, according to DownDetector, a third-party service that monitors internet services. It’s unclear whether the outage is linked to the aforementioned glitch.

“We’re aware that some people are having trouble with their Facebook Feed. We’re working to get things back to normal as quickly as possible and we apologize for any inconvenience,” a Meta spokesperson told TechCrunch in a statement.

Facebook, which reaches over 3 billion people each month through its family of apps, has this year tried to overhaul the news feed by renaming it to just “feed” and introducing a new tab to display posts from your friends and family in reverse chronological order.

The social network’s popularity has dwindled in the past few years. A recent study by the Pew Research Center suggested that only 32% of teens aged 13-17 use Facebook with only 2% of teens using it regularly.

Some people are solacing this unfortunate incident by making memes.

they even rick rolling me from the spams lmfao pic.twitter.com/FDDlGz7iSg

This is a developing story. Check back for more updates.