It’s easy to fall prey to panic around automation. It’s also just just as easy to dismiss it outright. As ever, the truth almost certainly lies somewhere between these two extremes — though precisely where has yet to be determined. Both companies and regulatory bodies will play an important role in determining automation’s impact on the future workforce.

As someone who frequently speaks with technologists, roboticists and the VCs who invest in them, I think we have the tendency to brush past some of these broader concerns, in favor of embracing the notion of a future in which automation has either created a new class of better and higher-paying jobs, or simply removed the necessity for work altogether.

In my experience, the truly utopian outcome is never the correct one. Life is more subtle, the future more nuanced and, more often than not, bad things tend to disproportionately impact those in society with the least means to defend themselves. It’s a topic we knew would be core to a number of the conversations we’re having at today’s TC Sessions: Robotics event, so we decided to kick things with someone who can offer about as much insight into the subject as anyone at the moment.

U.S. Labor Secretary Marty Walsh was a slam dunk for the event. In addition to having a background as a union organizer, he’s a Boston native, who served as the city’s mayor for six years before being tapped by Joe Biden for a cabinet position in March 2021.

He adds, “We were forward-looking in the city of Boston. Innovation does bring different kinds of jobs. How do we make sure people are skilled and trained up to actually be able to access those jobs. If you don’t do that, then obviously it’s going to have an impact on people.”

This gets to an important and nuanced point in the automation conversation. While there’s consensus among many that — in the long run — technology will continue to create more and better jobs, what happens to blue-collar workers in the short term? How can we support and, perhaps, train them to be better prepared for the future? And who, ultimately, does that responsibility fall on?

“Government needs to look at the way we invest in workforce development and make sure we put the money into good training programs, community college programs, Job Corps centers and places like that,” he says.

Walsh adds that the companies doing the automating ought to also shoulder some of that responsibility.

“I think companies need to invest more in their workforces and potential workforces,” he says. “This is their opportunity to create a workforce that works for them. This publc-private partnership is important, but I think companies are going to start investing more in human capital, because what they want is that loyalty to the company.”

Walsh has spent much of his time as secretary on the road, visiting manufacturing sites and talking up Biden’s economic policies. Those travels have brought him to a number of plants, warehouses and logistics facilities for companies like GM and UPS, where the workforce is often evenly split between human and robotics workers. He adds quickly that he’d like to visit an Amazon facility but has not yet had the opportunity. 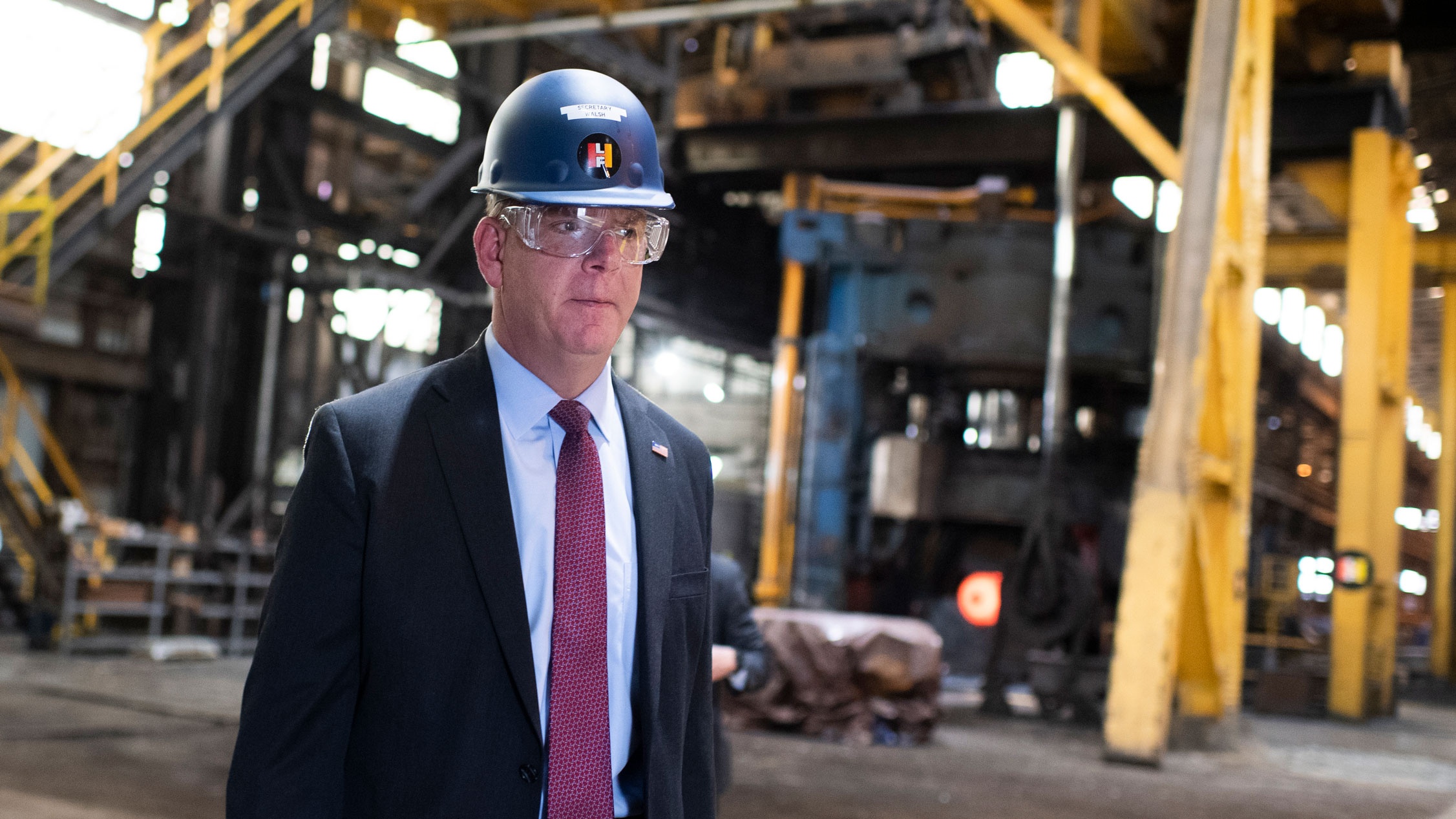 He has however, set up meetings with unions, as workplaces across the country embrace a new push for labor organizing. In May, Walsh and Vice President Kamala Harris met with organizers from Amazon, Starbucks and REI. The Secretary pushes back on corporations’ tendencies to take an antagonistic approach to unionizing.

“Whether it’s Starbucks, REI or Amazon, they organized for a reason,” says Walsh. “They organized because they felt they were being underappreciated, underpaid, they felt the workplace was unsafe — whatever reason. Let’s say they settle on a contract — that’s where the relationship should really start thinking about a joint partnership and how you advance the company forward. How do you make sure the company is successful? What the labor movement has to do a little better job of doing selling to — not just the members that represent the members — but to the leadership of the company, that we’re not in here to slow you down and put you out of business, we’re in here to make you successful.”