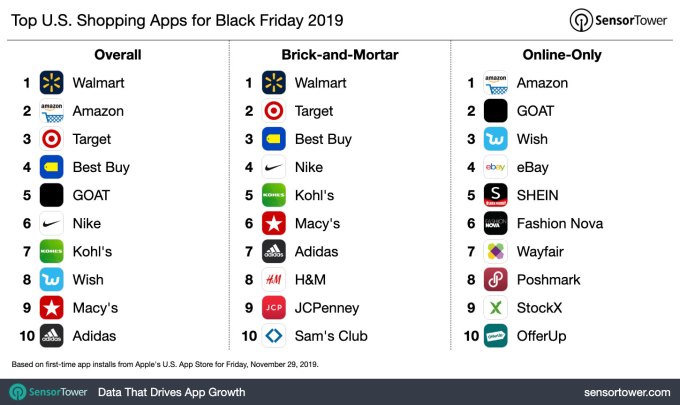 Amazon says Cyber Monday 2019 has now become the retailer’s biggest shopping day of all time, based on the number of items sold worldwide. However, in the U.S., a different trend took shape over the big sales holiday weekend kicked off by Black Friday. This year, Walmart became the No. 1 shopping app in the U.S. on Black Friday for the first time ever, according to App Annie and Sensor Tower’s analysis.

Walmart’s app reached No. 1 among all shopping in the U.S. after peaking on Thanksgiving as No. 6 among all apps (not just shopping), noted App Annie, based on both iOS and Android downloads.

Sensor Tower confirmed the same, noting that Walmart was the most-installed shopping app on the U.S. App Store on Black Friday, with 113,000 new downloads, representing a year-over-year increase of 23%.

Remarkably, this made 2019 the first year that Amazon’s app didn’t top the App Store’s list of most-downloaded shopping apps, the firm says.

Amazon’s app was a close second, with 102,000 first-time installs, but this figure represented a 10% decrease from Black Friday 2018. 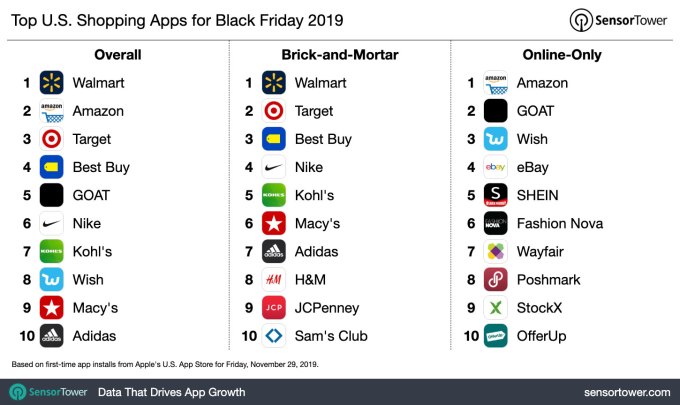 Though Walmart was No. 1 in the U.S., Amazon was No. 1 when apps were ranked globally instead of U.S.-only, and it was No. 1 among all U.S. online-only apps. 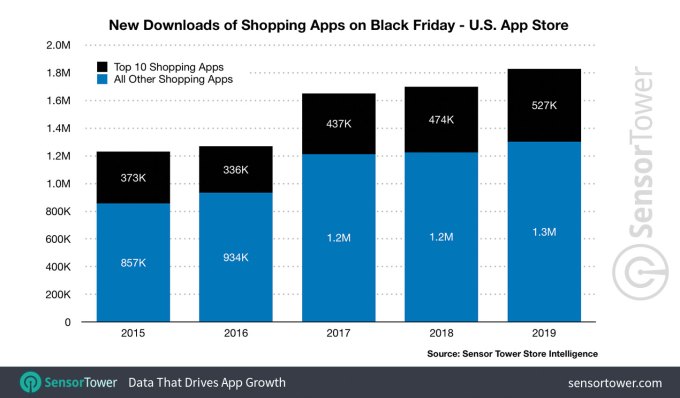 While Sensor Tower’s analysis is based on Black Friday installs, not Cyber Monday data, Amazon’s worldwide dominance on this day does seem to back up the retailer’s own claims of its record-breaking sales on a global basis on Monday. 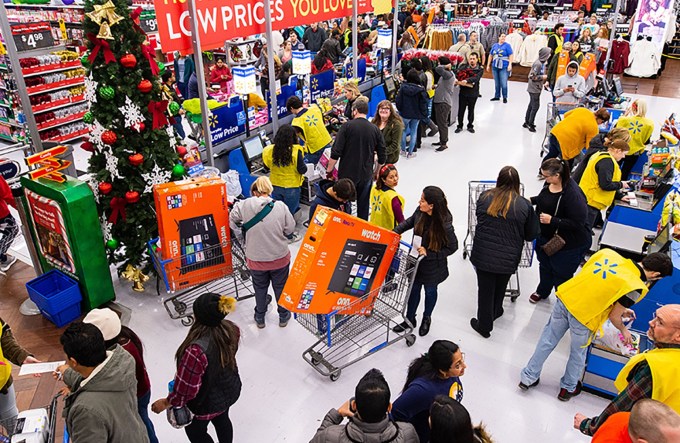 One thing that could have boosted Walmart’s app downloads this year was its focus on the in-store customer.

The app now includes an updated Store Map that makes it easier to navigate Walmart’s aisles, and it features “Check out with Me” — a way for shoppers to avoid checkout lines and instead check out with store personnel in the aisles.